Those individuals and/or organization who have made an impact into the art form of stepping to further enhance its existence, importance and impact in our everyday lives. Below we have a compiled a list of individuals that we would like to recognize for their efforts as change-makers.

Chuck Maldonado is a four-time award-winning choreographer for his work with Stomp the Yard, The NAACP Image Awards, Chris Brown’s 2007 Grammy performance, and Brighthouse’s Network Commercial.  Currently, Chuck is working with the Backstreet Boys on their Las Vegas Residency at Planet Hollywood.  His major motion picture credits for choreography include Stomp the Yard, Stomp The Yard 2: Homecoming, Bewitched, Shark Tale, Step Up Revolution, and House Party: Tonight’s The Night. He has worked with many major recording artists including Laura Mvula, Chris Brown, Diddy, Ne-Yo, Fergie, JLO, Tamia, Omarion, Usher, Missy Elliott, Raven Symone, Ludacris, and the late Lisa “LeftEye” Lopez.  His work can be seen on the Grammy’s, BET Awards, Vibe Awards, Soul Train Awards, VH1 Awards, and Hip Hop Honors. His choreography has been featured on hit shows as America’s Best Dance Crew, So You Think You Can Dance, Dancing With The Stars, and The X-Factor.  He has choreographed on Nickelodeon and Disney; The Fresh Beat Band, Victorious, See Dad Run, How to Rock, and Big Time Rush. Also on commercial major brands including Skol Beer, SamT, Nickelodeon, Nokia, Moen, Crown Royal, Best Buy, McDonalds, Hanes, Wendy’s, iPod, AT&T, Chrysler, Sears, and Nike.

Jimmy Darnell Hamilton, the world’s first professional award nominated choreographer dedicated to the traditional art form of African American Steppin’ since March 4, 1989, is best known as one of the founders of America’s first professional Dance Company dedicated to the tradition of African American Steppin’ and Hip-Hop, discovered by Debbie Allen-Nixon on September 22, 1989. His role as a member of Kappa Lambda Nu on the NBC television sitcom A Different World (1990-1992), Phi Beta Gamma on the NBC television sitcom Fresh Prince of Bel Air (1991), and the 1st in history national televised STOMP Championship, has influenced the Evolution of Steppin’ as we know it today: the growing movement of Youth Steppin’ Leagues, the National Steppin’ Association, Step Afrika, Stomp the Yard, and NBC’s World of Dance Stroll Groove: the world’s first Professional Step Stroll Dance Theatre Company in history. 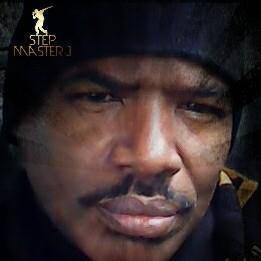 Jimmy’s award nominated choreography featuring Steppin’ is documented on award show tributes to Liza Minnelli, George Clinton, and Eddie Robinson, along with films such as House Party 2 & Adams Family Values, music videos, television commercials, and national T.V. sitcoms. Since recording his first album produced by the D.O.C. from N.W.A, Jimmy has been studying the history of Musical Dance Theatre, and is currently producing the world’s 1st Black Broadway styled Musical dedicated to the traditional art form of “African-American” Steppin’: The Chronicles of Panhellencia, a love story musical adventure featuring Steppin’ & Hip-Hop as the dance genres: now casting in DFW, ATL, and LAX. As the pioneer for introducing Steppin’ to American mainstream, Jimmy obtained his Screen Actors Guild membership after being cast for the 1st in history national T.V. commercial featuring the tradition of African American Steppin’, Directed by Otis Salid, choreographer of Spike Lee’s classic film, ‘School Daze’, titled Coca-Cola Steppin’ with Grammy Award Winner BeBe Winans. Jimmy is most respected for his milestone achievement collaborating with the great 8 Black Greek Letter Organizations as the Choreographer and Step Master for The NAACP Image Awards Tribute to Grambling State University’ Coach Eddie Robinson, produced by Vicangelo Bulluck and Hamilton Cloud. 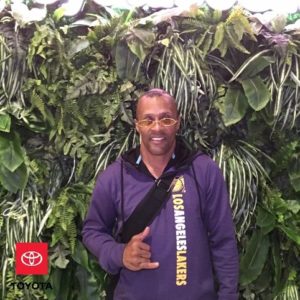 Vernon Jackson: Hollywood’s 1st Step Master, Vernon Jackson is a pioneer in the art form of stepping by helping bring it from underground to mainstream. After seeing his fraternity brother’s step in the movie School Daze which came out the same year that he pledged his fraternity which is where he learned the art form in the first place. After seeing his first step show competition and then competing and winning his fraternity’s National step show competition later that year he knew that not only did he fall in love with this art form but he made a promise and commitment to himself that he would be  “Stepping,” for the rest of his life.  Raised by a single mother in Watts California and never knowing who his father was being surrounded by drugs in his childhood, gang violence, no mentors or positive role models Vernon found his voice and escape in dance. Being the first in his family to not only attend college, but also being his mother’s first born, his birthday is May 1st and to top it off he is also the first in his family to pledge a fraternity by being an proud member of Alpha phi Alpha fraternity Inc.

While attending college at California State Northridge University Vernon saw an opportunity in Hollywood to be the first real fraternity member to be a professional stepper, dancer and choreographer because it really was not being done at the time. He co-founded his group Step Masters Step by Step on March 4, 1989 and the step nation was officially born. His first professional job was a national Coca Cola commercial in which he was tapped hard to be a member of the Screen Actors Guild/Aftra union. That commercial lead him the very next day after the shoot to meet and be discovered by the great Debbie Allen and be managed by her husband Norm Nixon. From there he went on to step, choreograph and perform on Iconic shows such as “A Different World”, The Fresh Prince of Bel Air, Sister Sister, The NAACP Image Awards, He choreographed the movie House Party 2, The Aresenio Hall show, STOMP televisions first step show competition, World Tours with artist like CeCe Penistion and Jasmine Guy, commercials and even an album deal at the time. For the past seven years Vernon has been working with kids partnering with the Boys and Girls of Metro Los Angeles where he serves as the Dance and Step Coordinator.

C. Brian Williams is a graduate of Howard University and a DC resident for over 25 years. Brian first learned to step as a member of his fraternity, Alpha Phi Alpha Fraternity, Inc. Beta Chapter in 1989. After living in Africa he began to research stepping, exploring the many sides of this exciting, yet under-recognized American art form and founded Step Afrika! in 1994. Williams has performed, lectured and taught in Europe, South & Central America, Africa, the Middle East, Asia, the Caribbean and throughout the United States. He is a founder of the historic Step Afrika! International Cultural Festival in Johannesburg, South Africa. Under Brian’s leadership, stepping has evolved into one of America’s newest cultural exports and inspired the designation of Step Afrika! as Washington, DC’s official Cultural Ambassador. Brian has been cited as a “Civic/Community Visionary” by NV Magazine and “Nation Builder” by the National Black Caucus of State Legislators. He is featured in Soulstepping, the first book to document the history of stepping, and several documentaries discussing the art form. Brian is also a recipient of numerous awards including the Mayor’s Art Award for Innovation in the Arts and the Pola Nirenska Award for Contemporary Achievement in Dance. Most recently, Brian received an appointment from Mayor Muriel E. Bowser to serve as a Commissioner for the DC Commission on Arts & Humanities. 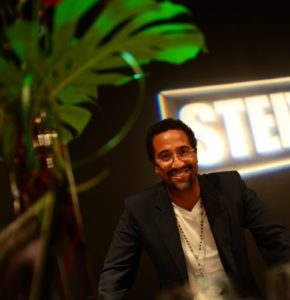 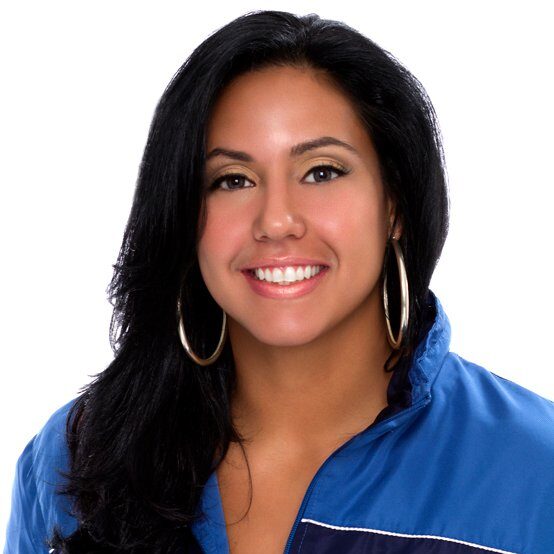 Jessica “Remo” Saul, often referred to as Remo (short for “remolina”) due to her being a “whirlwind” of energy, is the founder and owner of the Art of Stepping®(AOS). AOS is the 1st and only organization in the U.S. to build a nationwide curriculum-based program that teaches stepping based on mathematical formulas and has created a written language to step. HER GOAL: To ensure individuals of all ages have access to artistic programs, especially those in underserved communities, that encourages & promotes both education and healthy lifestyles. In 2010, AOS was the proud recipient of the President’s Council Fitness, Sports and Nutrition Award for its mission in aiding the fight against childhood obesity and other related diseases.

In 2006, Art of Stepping Founder Jessica ‘REMO’ Saul, focused on creating stepping into an art form using core fundamentals that evolved to decoding every movement and beat to create original choreography. The goal was to embrace and create fundamentals in which everyone who has interest in learning, perform and embrace the art of stepping was welcomed. Based on this idea, the birth of the REMO SYSTEM was established. The system was created utilizing Leonardo Da Vinci’s The Vitruvian Man as a symbolic basis by which each letter of the alphabet, representing a given movement, was given a number of counts based on the movement that it creates. The system has allowed AOS to send written choreography throughout the entire world without visual presentation. Since its public launch, AOS has only released 7 codes to AOS Pro Team and After School Programs across the nation.  In addition the system delves into formations, levels, definition of beats and most importantly choreography. Remo system is trademarked and copyrighted securing that it is the ONLY Company in the world that can teach this curriculum. In 2012, AOS has grown to 7 different states offering services to over 1,200+ individuals nationwide with national recognition by Fox News Latino, MTV Triue Life: I’m a Stepper, Univision-Accesso Total, Despierta America, Latina Magazine and Famous Footwear. Born & raised in the Bronx, New York by Dominican-Puerto Rican parents, she has created a curriculum to be taught both in English and Spanish with the hopes of bridging the educational gap within inner city and underprivileged communities.

Back to Top
2022 Season: Register Now